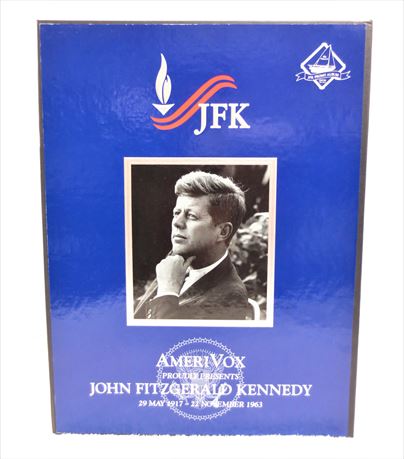 This is the "JFK PROMO ABLUM" produced by AmeriVox in 1994.

Everything inside this JFK phone card series is brand new. NEVER USED

The promo album calling cards contain 4 Sets of Phone Cards each containing 4 cards, 16 total. The World Telecom Phone Cards are in denominations of $5, $10, $15,and $20.

Also included is a "Time for Greatness" phone card promoting J F Kennedy Campaign for President, with an original value of $17, which was only available to the group of buyers.

This is a must have for collectors of JFK memorabilia. Beautifully displays. A rare collector item.

This is a limited and numbered set complete with a certificate of authenticity.

There are no questions for this listing.